When playing chess, you have to face endgames; but, do you know how to play them? How do you like to master chess endgames?

In chess, there are 3 stages primarily known as the opening, middlegame and endgame.

How Endgames Differ from the Other Chess Stages

The endgame is a stage where both players have fewer pieces on the board. This is primarily due to exchanges of major and minor pieces.

It is very hard to determine when exactly the endgame does start, but most players consider it to be identified as the stage when the king is active.

Once the endgame has arrived, there are multiple endgame tactics a player can implicate to get a winning advantage or an unlikely draw in a losing position.

Here is a list of tips and tactics to implicate in order to get a winning or drawing position and how they are executed:

This is a forced combination that will lead to a winning position through the sacrificing of pawns.

In the position above, Black starts a breakthrough combination by playing 1…b3. This forces White to capture, using one of his pawns.

Opposition occurs when kings are facing each other with an odd number of squares in between them, be it in a file or a rank.

The opposition tactic also has a subcategory called distant opposition. This is when there are three or five squares separating the kings. 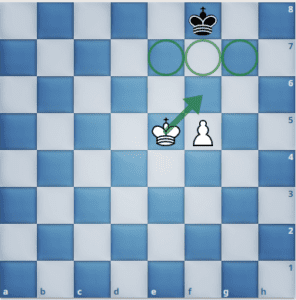 In the endgame position above, White brings his king into opposition by playing 1. Kf6.

This forces Black to move out of the crowning square by either playing 2…Ke8 or 2…Kg8.

This endgame tactic involves moving in a triangle to lose a move, so that when the position is retained, it will be your opponent’s turn to play. 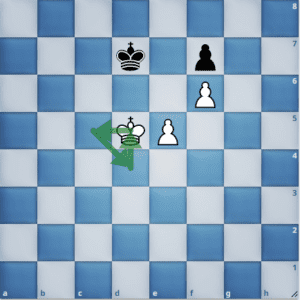 The position looks similar, but White has lost a move, forcing Black to be the one to play.

We can also consider this position as White having gained opposition.

In the video lesson below, GM Igor Smirnov will teach you the 3 most important endgame principles that every chess player must know:

This tactic involves demarcating your opponent’s king from important squares by using your own king. 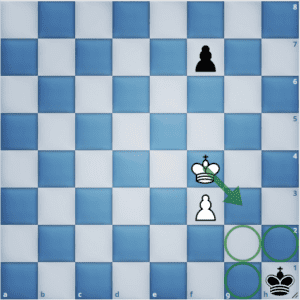 In the endgame above, White has to perform bodycheck in order to get a winning position.

1.Kg3 blocks the black king from all the important squares (h2 and g2).

The only option for Black to prolong the match in the case White might blunder is to play 1…Kg1 with the hope of escape.

But the best continuation for White is 2.f4 Kf1 3.f5 Ke2. Here Black is trying to escape, and the best way forward for White is to do another bodycheck by playing 4.Kf4.

This stops the black king from playing into the critical e3 and f3 squares.

Zugzwang is one of those terms in chess that tells you nothing if you don’t know it. To learn the most important chess terminology read here.

A zugzwang happens when it is your opponent’s turn to play. And all the playable moves that can occur are losing for the opponent.

The position that also arises after a triangulation and opposition can be considered as zugzwangs. 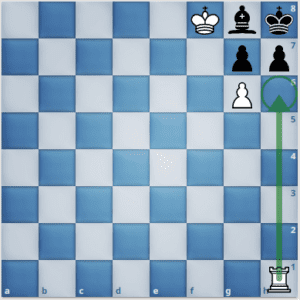 In this position, White forces Black into a zugzwang after playing 1.Rh5. This leaves Black with only two options and both of them are losing.

1…Bf7 leads to 2.Rxh7# as the bishop that was protecting the h7-pawn would have moved away.

If you learn how to play the Lucena, the Philidor and the Vancura positions, you can master rook endgames in chess.

The Lucena arises in a rook and king vs rook, pawn and king position and we are trying to get our king out of the way of our pawn while trying to evade checks from the opponent’s rook. 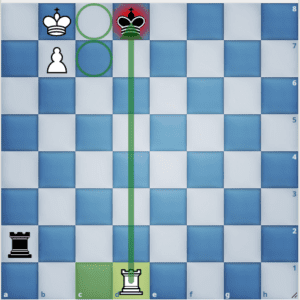 White’s main objective is to create a bridge. This is achieved by playing 1.Rd1+forcing the king away from the d-file after 2.Ke7.

2. Rd4. This creates the bridge with White, preparing for checks and also ensuring that the rook is ready to protect the pawn using the b4-square.

In order to prolong the game, Black is forced to stay on the a-fileas anyway like 2…Rb2it leads to 3.Ra4, and the white king can escape with a7 or a8.

While it is similar to the Lucena position, in this case, you have the rook and king trying to find a draw against the rook, king and pawn. 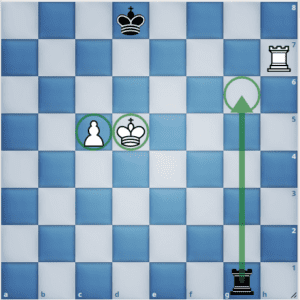 1…Rg6: This stops White’s king from advancing on to the 6th rank. This also means that for White to have any kind of development In this position it can only involve the pawn.

4…Rc6. This move makes the white king return back to its protecting square and we are back to our original position

5.Kd5 Rg6 6.c6. After being frustrated with repeating the position, White decisions to push his pawn.

6…Rg1. This allows Black to deliver endless checks that will either see White repeating the position or the pawn to be captured leaving.

The Vancura is a defensive position that can arise in an endgame that involves rook and pawn vs rook. 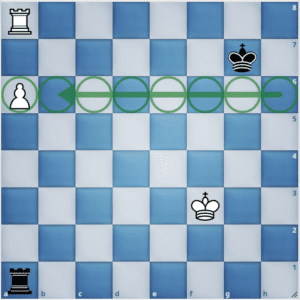 Here Black strives to achieve a Vancura position in order to achieve a draw. 1…Rf1+ 2.Ke4 Rf6 and Black has demarcated the black king from crossing the 6th rank.

In this position, there is nothing White can do. Black just has to keep his king on either g6 or g7.

Any attempts for White to get their king near the pawn and rook will result in multiple checks.

To learn in depth how to play one of the most popular endgames that you will reach in your games, you should study the chess course Top Secrets in Rook Endgames.

The Centurini position rises when both sides have a king and the same colored bishop. The only difference is that one side has an extra pawn, which they are trying to ensure that it promotes. 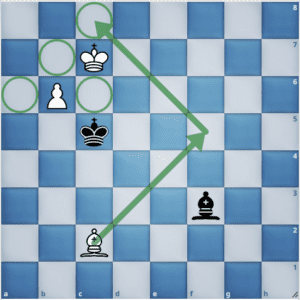 White plans to push for a win; The first major target in order to do this is to control a6, b7, c8 and c6 with their bishop.

1.Bf5 Bc6 2.Bc8. Now the only missing square for White is the c6-square that needs to be controlled.

6…Kd4 7.Bc8 and there is no way for Black to stop the white pawn from promoting.

A fortress is an endgame tactic that finds an opponent hiding behind pieces to evade any threats. 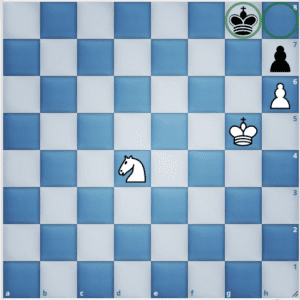 In this position, Black is under a fortress that will find the king playing on either g8 or h8.

The other advantage for Black is that even if White is to sacrifice the knight for the h7-pawnit will still end as a draw as there is no way to chase the black king from the h8-square.

A stalemate position occurs when a king is not in a checkbut it also has no legal move to make. As such, the game will be considered as a draw. 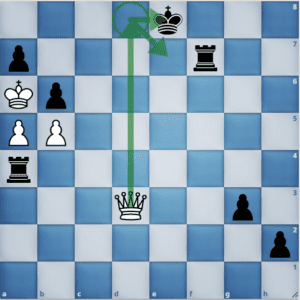 In this position, White has a potentially losing position, with Black having two passed pawns about to crown on h2 and g3.

The major advantage that White has is that the king is in a stalemate position. It doesn’t have any legal moves yet, it’s not under any check, so the only way to make this game a draw is to sacrifice the queen.

1.Qd8+. Black has no legal moves to make besides to capture the queen, thus resulting in a draw.

Endgames are the glue of a chess game; they decide how the game goes whether it will be a win, loss or a draw.

In an endgame scenario, when winning it’s the best to make sure the king is active; this is to avoid any stalemates.

In a losing position, the best way to approach the game is to aim for stalemates and draw patterns.