Take a look at our free Short & Sweet Alapin Course!

Is the opening sound?

The opening is considered very sound due to the principles of controlling the center and is not considered very risky or overly sharp for White, which is usually what Black is after in mainline Sicilians.

Black usually has a high degree of success in an Open Sicilian (2.Nf3), so an Anti-Sicilian (ie not entering into a mainline Siclian) is a good choice. 2.c3 is the most popular choice among Anti-Sicilians.

The Alapin has been employed by world champions such as Garry Kasparov, Vishy Anand, Anatoly Karpov, Veselin Topalov, and Vladimir Kramnik, further attesting to its soundness.

Is the Alapin good for beginners?

The Alapin is considered to be a very good resource for beginners to fight against the Sicilian. Most beginners are likely to go 2…Nc6 and give White their ideal pawn structure. It is maybe one of the best replies to 1…c5 for beginners.

There is a lot of theory and options in mainline Sicilians, and the Alapin avoids a lot of this, which is ideal for beginners that aren’t yet ready to memorize lines upon lines of theory and who just want to play principled chess.

For that reason, the Alapin is much more popular at the amateur level than at the top level.

White’s main idea in the Alapin

White is hoping to strike at the center with a d4 pawn push. In an ideal world, Black plays the natural-looking developing move 2…Nc6. White proceeds as planned with 3.d4 cxd4 4.cxd4 and White gets what they want.

This position is all too common at the intermediate level and below. It’s automatic play by Black, and it’s punished by White who gets rewarded with the ideal pawn center. 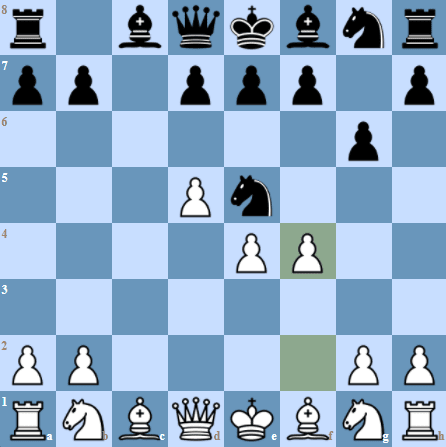 How Black should respond to 2.c3

The higher rated you are, the less likely you’re going to see Black just giving you an ideal pawn center. For Black, there are two main moves to respond to 2.c3, these are 2…d5 (known as the Barmen Defense) and 2…Nf6.

It’s best here to develop the knight with 4…Nc6. It adds another attacker to the d4 pawn, and if Black captures with 4…cxd4 5.cxd4 and White can develop the Knight to c3 with a tempo on the queen.

Another defender to d4 is, but Black’s bishop pins it. Black now has their entire queenside developed, with White only having one piece out.

White usually unpins their knight with 6.Be2. Eventually, tension is usually resolved with a capture, and oftentimes White is left with a small liability with an isolated queen pawn (IQP).

Generally, the IQP is a weakness for the side that has it. The opposing side usually likes to make a target out of it. Without pawns on adjacent files it can be tough to defend.

The side with the IQP generally will generally try to trade it off or push it and make it a problem for the opposing side. 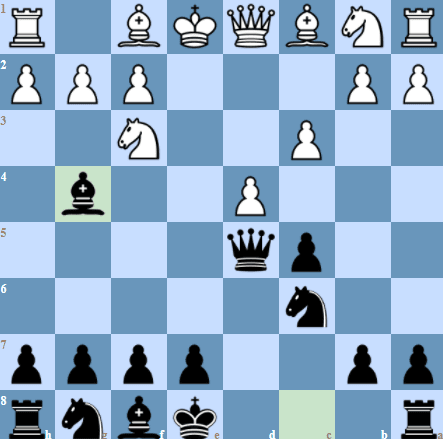 This is the other main line for Black. It has the dual benefit of developing a piece and attacking White’s e-pawn.

This highlights the main weakness of the Alapin. the knight obviously cannot go to its natural square on c3 to protect the Knight. It’s rather common in the Alapin for White to actually develop the knight to the unnatural looking a3 square, which serves as a launching pad for it to get to c4 or b5.

In any case, White plays 3.e5, to chase the knight away, where it lands on d5 and it looks kind of like an Alekhine Defense, just that White can’t really establish the large pawn center it does in that opening due to the fact that we’re in a Sicilian, and there is a pawn guarding d4.

After this a center fight usually ensues with 4.d4 cxd4, though if White prefers to hold the tension, they can play 4.Nf3 first and wait until they feel the moment is right.

Until here we’ve just touched on the basic first few moves of the Alapin to give you an idea of ​​what you’ll see. Let’s dive a bit deeper into this solid opening by reviewing a famous match showcasing the Alapin.

The match we’re going to look at is from 1996, and it is not only a spectacular example of a well-executed Alapin, but it is also one of the most famous chess matches ever played. Why? Well because it was the first match between the top player in the world, Garry Kasparov, and supercomputer, Deep Blue.

We’ve got a pretty standard opening position out of the opening. 2…d5 which is one of the main lines. Both sides have developed naturally. The focal point of games like this is the pawn on d4. It’s attacked by three of black’s pieces and defended by four of White’s. 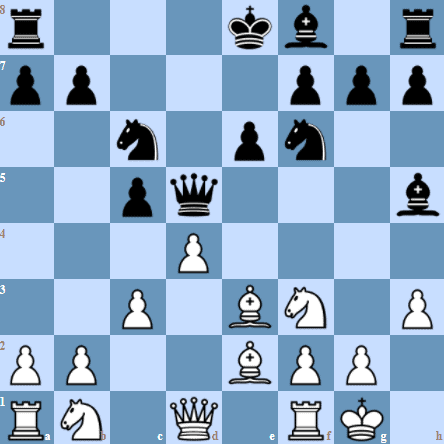 The tension is resolved on d4, which allows Black to develop their dark-squared bishop. White is left with an isolated queen pawn. Many times an isolated queen pawn is a weakness and an easy target to gang up on, but it doesn’t have to be. If White can play proactively and make threats of their own, there’s nothing to worry about with the lone pawn on d4.

Now that the c3 square has been freed, White has been able to develop their queenside knight to its most natural square. It can now maneuver into b5 where it exerts a lot of pressure. This is a common place for this knight to land, sometimes via playing Na3 if the c3 square is still occupied. Forks are common from this square if left undefended. 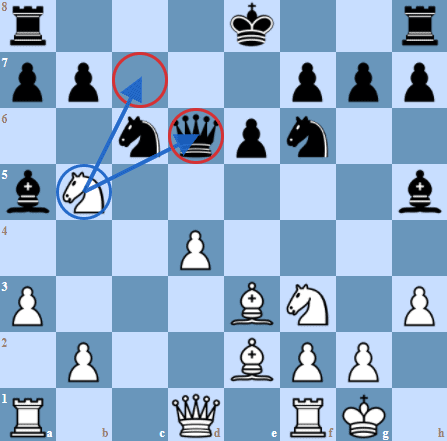 Knowing this might help you in your Alapin plans, but Kasparov is not going to fall for stuff like that. We’re onto the middlegame.

Both of White’s Knights get into Black’s territory now. Garry still hasn’t castled. The c6 knight is under attack as is the h5 bishop. 14…Bxe2 15.Qxe2 0-0 16.Rac1. Some pieces are exchanged and Kasparov castles.

Deep Blue has beautifully coordinated its pieces here. Obviously the rook belongs on the open file. The knight remains on the fantastic e5 square and should not be taken.

If 16…Nxe5, then 17. exd5, and the knight on f6 must move. Bc5, supported by the rook on c1, has a potential major threat of skewering the queen and rook. 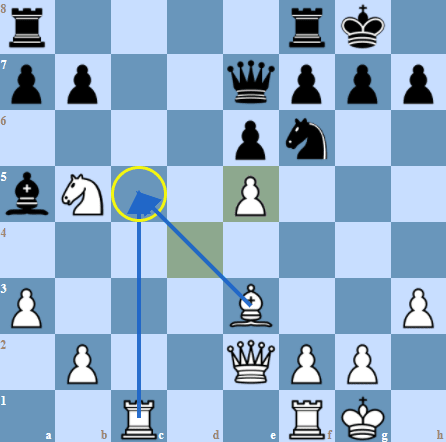 In this position if the knight drops back on 17…Nd7 to one, obviously not get captured by the pawn, and two, to provide a further defender of c5, we get more tactical possibilities. 18.Bxa7 b6 makes it look like you’ve lost the bishop; but White is coordinated so so nicely that 19.Rc7, and the bishop is defended and black’s knight is pinned to their queen! 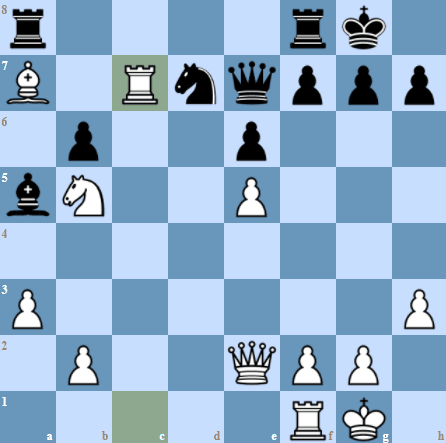 This would be just crushing for White.

White now has THREE minor pieces on the fifth rank.

Here things get interesting. 17…Bb6 attacks the isolated queen pawn we spoke about earlier. 18.Bxf6 and if 18…Qxf6 19.Nd7 and the queen on f6 and the rook on f8 are forked. So Black is obligated to ruin their pawn structure in front of their king with 18…gxf6. 19.Nc4 Rfd8 20.Nxb6 axb6now Black has doubled pawns on both sides of the board. 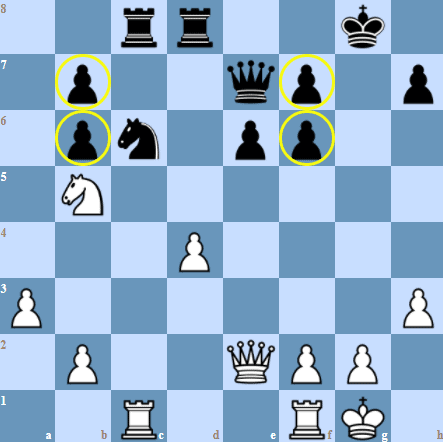 This is not determining, however. Obviously the doubled b and f-pawns are not great for Black, but White’s passed d-pawn can still cause some headaches.

21.Rd1 getting the rook more active and defending the d-pawn, 21…f5 grabbing more space and exerting control over the e4 and g4 squares.

22.Qe3 Qf6. 23.d5 This is a really nice idea (if you can call computer thinking ‘having ideas’) by White. Black’s knight is immediately attacked and the queenside weaknesses are exposed. There is no one defending the pawn on b6. The b7 pawn will fall after that.

23…Rxd5 24.Rxd5 exd5. Deep Blue plays a sort of odd-looking move. It doesn’t take immediately on b6 but plays 25.b3 to get the pawn out of the black queen’s sights.

25…Kh8 26.Qxb6 Rg8. Black is now counterattacking, the ruined pawn structure doesn’t look so bad for Black now that the rook is lasering down the b-file. 27.Qc5 and White will hope to pick off Black’s weaknesses. 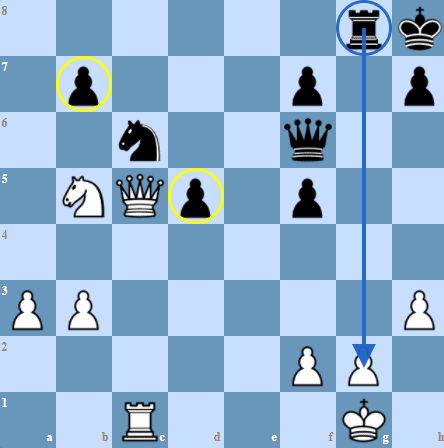 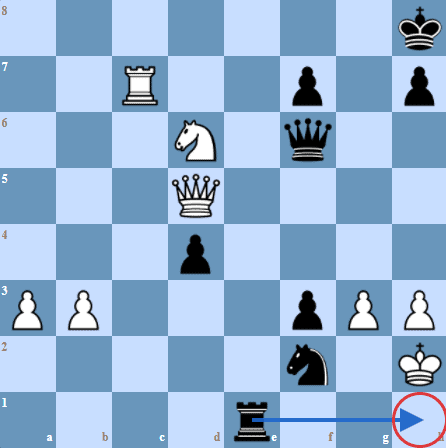 It’s a shame for Kasparov, he is one move away from delivering mate. It’s enough to make anyone feel scared in an endgame, except a computer.

35.Nxf7+ If 35…Qxf7 sacrificing the queen in hopes of White taking the queen it does not work, as 36.Qd8+ Kg7, White can capture the Queen with rook with check, and move the king around the board with checks until it picks up one of the pieces threatening mate.

35…Kg7 36.Ng5+ 36.Kh6 37.Kh7+ and Kasparov resigns, making him the first reigning world champion and, at that point, best player to ever play the game, to lose to a computer. 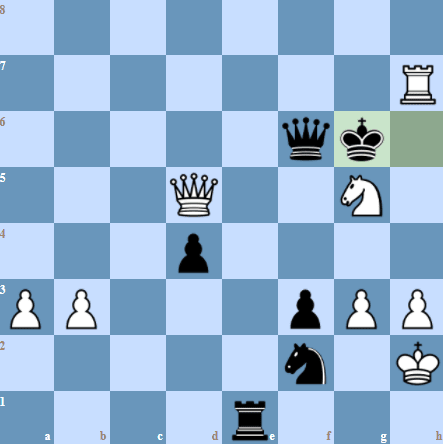 Delve deeper into the Alapin with The High Pressure Alapin Sicilian.

The Alapin variation is considered solid and practical, and is the third most common reply to the Sicilian Defense.

How do you counter the Alapin Sicilian?

2…d5 and 2…Nf3 are considered the main line responses. It is important to not play a move such as 2…Nc6 in order to prevent White from establishing an ideal pawn center.

How do you play the Alapin?

The Alapin arises after 1.e4 c5 2.c3. The idea is to prepare a central pawn push with d4 and fight for the center.

What is an Anti-Sicilian?

An Anti-Sicilian is a response to the Sicilian Defense that opts for a move other than 2.Nf3 (known as the Open Sicilian) Examples include the Closed Sicilian, Grand Prix Attack, and the Smith-Morra Gambit. By declining to play a mainline Sicilian, Black is playing a bit by White’s rules, and thus cannot enter into derivations of the Open Sicilian such as the Accelerated Dragon.

How do you beat the Alapin as Black?

Black should counter in the center immediately by attacking White’s e-pawn, thereby preventing White from establishing an ideal pawn center.