The Chessable Tactics Madness Contest results are finally in! Chessable would like to thank all users that submitted their tactics. So many cool tactics were submitted, we had a really tough time choosing the best of the best!

Winners may claim their prize by sending an email to [email protected]including their Chessable user name, which tactic was theirs, and which course they would like to receive as a prize.

And without further ado, here are the winning tactics:

From users’ own games

In this category, users submitted tactics that arose in games they played themselves. Let’s take a look at the top five submissions we received.

Coming in at number five from tactics from users’ games is PanFlap.

1…Qxe5 is another option, but it leads to a beautiful checkmate.

If Black’s king tries to run to the other side, it won’t change anything:

White doesn’t need the Queen to win this game!

Coming in at number four from our users’ games is pune64. 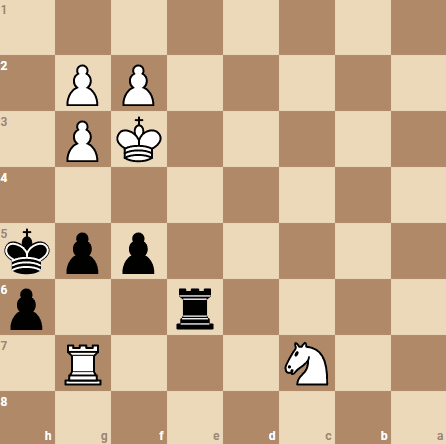 Once again this is the only move. The following sequence is an obstinate chase of the White king!

White could keep running away through the open field of course, but here is a shorter version for instruction. A nice resource to claim half a point by self-stalemate!

Our third place award from users’ own games is from Stanislav Glavchev from a three minute blitz game. 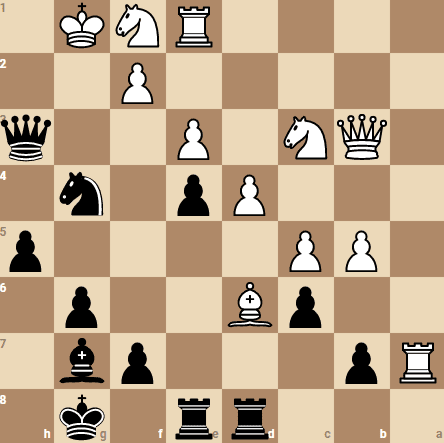 Removing the piece that defended e5.

The Bishop comes in very strongly to add pressure to h2.

Only move to protect the very weak f3-square.

Our runner up tactic from user games is silverwildflower8. 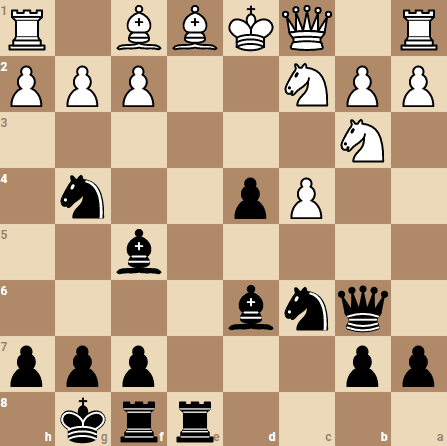 Now if White goes back to d1, Black would take on f2.

This is the idea behind the previous moves.

19.Kd1 is not better than the mainline.

White’s King was unable to run.

And the top award for tactics from users’ games goes to BanhGiaHuy for their incredible tactic. Outstanding! 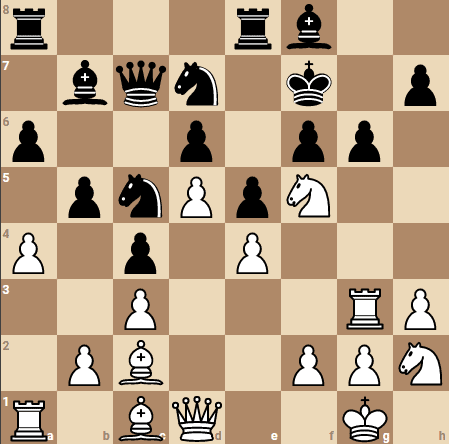 White is threatening to take on h7.

Without defenders, Black’s king is helpless

Trying to find a safe spot for their king.

But f8 is not really a safe spot.

White wants to finish the game.

Trying to run to h7.

In addition to the tactics from users’ own games, users submitted their favorite tactics from Master Games. Let’s take a look at the top five submissions.

Coming in at number five is this tactic from a game between Albin Planinc and Srdjan Marangunic from the 1969 Yugoslav Championship This tactic was submitted via Twitter by @Jimovskytwenty3. 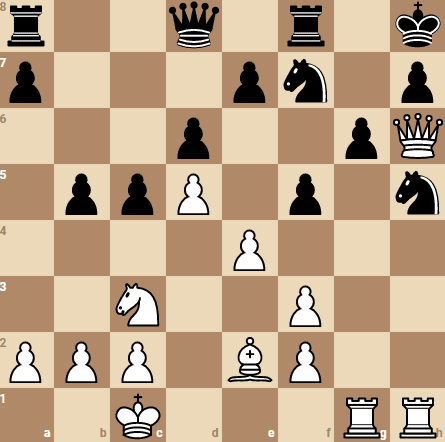 A move that forces the sequence for both players.

A sorrowful attempt to hold on to the rook avalanche.

Only move to block the incoming downfall of Black’s knight.

The following variations illustrate the depth and beauty of Planinc’s remarkable concept:

Weaking the king further before taking the opposing queen!

10…Rxe7 is a little more accurate, but the “simple pin is an elegant coup de grâce to crown a truly grandiose combination’.

Coming in at fourth place for Master Games Tactics is a quite interesting submission, as it was submitted by @HollyMcRoberts herself via Twitter!

This position occurred from a game from the Triplex Simul in Las Vegas, 2005, by the Polgar Sisters with White against Holly McRoberts. Why couldn’t Black take the Knight? 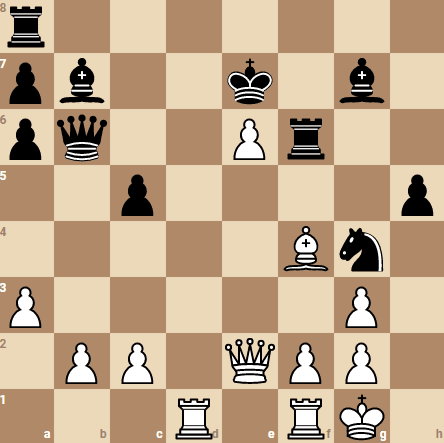 Bringing the rook onto the open file with a quick checkmate to follow.

And checkmate. In the game, Holly played …Kf8, having correctly assessed the danger. Kudos, Holly!

At third place coming in is a game between the Magician from Riga, himself, Mikhail Tal, and William Arthur Feuerstein, submitted by @zajecia_szachowe. What list of best tactics would be complete without a tactic featuring Tal? 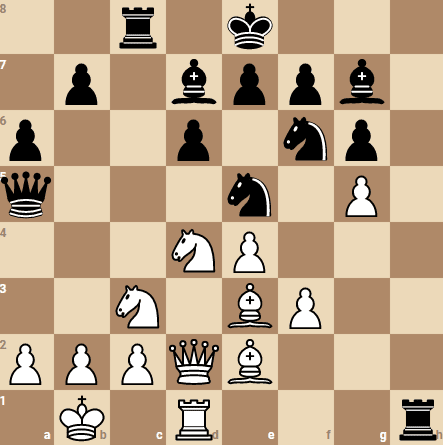 Disregarding the check on d1 for the pawn is reaching the eighth rank with interest.

If Black takes, Tal still has a tempo to take the Bishop!

Very pretty Zwischenzüge! White will recover their Queen and then have a tempo on the opposing one.

Making luft for the King when the pawn finally revives its Queen.

With check! Another tempo, and White will take back on d2 up two pieces. Pure Rigan Magic!

After the inclusion of three intermediate moves, Tal emerges after a combination up a bishop and a fantastic knight.

Our runner-up award for the Master Category tactic was submitted by @ChessGeek2.

This is from a lesser-known game that features a surprising blow. 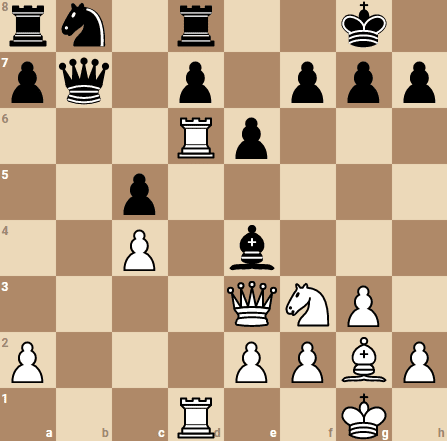 And although a less climactic ending, White did go comfortably on to win with

With much more active pieces and easier play.

The number one tactic in the Master Category goes to this tactic from Ildiko, Madi vs Maia Chiburdanidze (2000), submitted by AdrianoNunesFX. 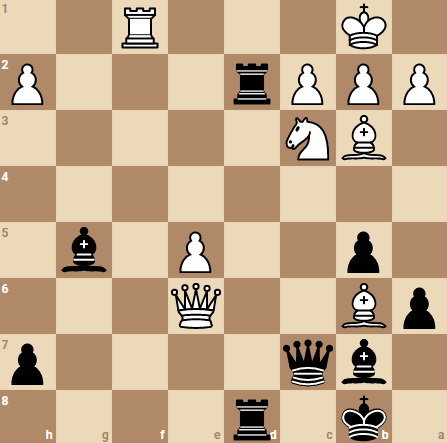 There is another possibility here, but Black is also winning after:

Now White’s king can’t run to h3 and it is forced to come back to the first-rank.

That wraps up our Tactics Madness Contest. There were some excellent tactics submitted, both from users’ games as well as from masters’ games. To check out the other tactics and honorable mentions, head over to the Tactics Madness Course. Well done to all those who participated!